Bacteriophages (phages) are viruses infecting bacteria and can be used as an alternative to antimicrobials. But how can we use viruses to kill bacterial pathogens? AVANT will develop and test anti-ETEC phages based products to reduce the use of colistin and other highest priority critically important antimicrobial HP-CIAs for the treatment of enterotoxigenic Escherichia coli infections in pigs. This will reduce the spread of antimicrobial resistance in humans and animals.

Equivalent to many bacteria associated with our body, forming the microbiome, phages are part of the microflora too. In fact, they are an integral part of our physiology. Phages control the population of bacteria in the gut and prevent certain species to dominate the flora. Consequently, they help to maintain a healthy balance. In essence, phages are as abundant as bacteria in the human body, where they accumulate in the gut mucosa for example [1]. Additionally, phages constitute a fundamental part of the virome, which is the total population of viruses deeply associated and interacting with our cells and organism [2].

Depending on how phages infect bacteria, they are referred to as ‘lytic’ or ‘temperate’. Lytic phages break bacterial cells open (lytic cycle) and destroy them after immediate replication of new phage progeny, which represent complete particles made of nucleic acid (RNA or DNA) and a protein coat. After destroying the bacterial cell, the phage progeny can ultimately find new host cells to infect. Bacteriophage T4 for example, infects E. coli and can actually be found in the human intestinal tract [3]. At the moment, lytic phages are the only phages suitable for the so called phage therapy.

In contrast, temperate phages can undergo a lysogenic cycle, which does not lead to an immediate lysis of the bacterial host cells, instead their DNA will integrate with the bacteria DNA and replicate along with it until the conditions surrounding the bacteria will change and the phage will eventually be released by lysating the cell [4]. However, the use of native temperate phages as antimicrobials is currently not considered safe. Phage lambda of E. coli is an example of a bacteriophage following the lysogenic cycle as well as the lytic cycle.

A targeted treatment by using bacteriophages

Generally speaking, phages detect host cells by recognizing specific proteins on the bacteria surface, which ensures that each phage type usually attacks only one gut bacterium species. In return, this is a huge advantage for using them as a targeted treatment. Altogether, the use of bacteriophages enables a targeted destruction of pathogenic microbes without damaging the remaining microbiome, as it is the case for antibiotics. Moreover, phages are subject to evolution and quickly adapt to changing environmental influences, which enables them to overcome mutations, that bacteria develop to escape infections. Obviously, a fundamental difference to antibiotics.

A recognised contribution to the gut health is definitely represented by phage genes which are coding for enzymes, that are important for the microbiome’s amino acid and carbohydrate metabolism [5]. Apart from that, some phages can even degrade polymeric substances produced by bacterial communities to defend themselves, also referred to as biofilms. While the polymeric substances are very efficient in reducing the antibiotic concentration that will reach the bacterial cells within a biofilm, it has been demonstrated that phages can permeate this barrier and infect their host [6]. 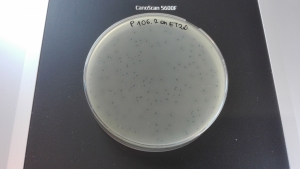 The use of phages to treat diseases is an effective weapon in the fight against antimicrobial resistance. Nonetheless, there are still numerous regulatory hurdles that need to be overcome in order to ensure the safety of their use and effectiveness. Hence, AVANT will use state-of-the-art tools under the guidance of University of Copenhagen (UCPH) in clinical testing of phage formulations. The research approach basically builds on testing and optimising phage-based products to target ETEC clinical strains. In brief, it includes metagenomics profiling by 16S rDNA and shotgun sequencing and susceptibility testing in porcine infection models. Furthermore, the UCPH provides porcine ETEC infection models and animal facilities for in vivo testing of phage products among others.

University of Copenhagen, Department of Veterinary and Animal Sciences

[4] Biology LibreTexts “The Lytic and Lysogenic Cycles of Bacteriophages” (August, 2020). 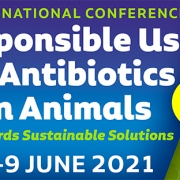