An antimicrobial is an agent (natural, semi-synthetic, chemical substance), that is used to kill or inhibit the growth of microorganisms [1].

Antimicrobials are used widely for the prevention or the treatment of diseases in food animals. Unfortunately, because of excessive and inappropriate use of antimicrobials, microorganisms have developed the ability to evolve resistance toward antimicrobial treatments, especially antibiotics [2].

How is AMR spread? 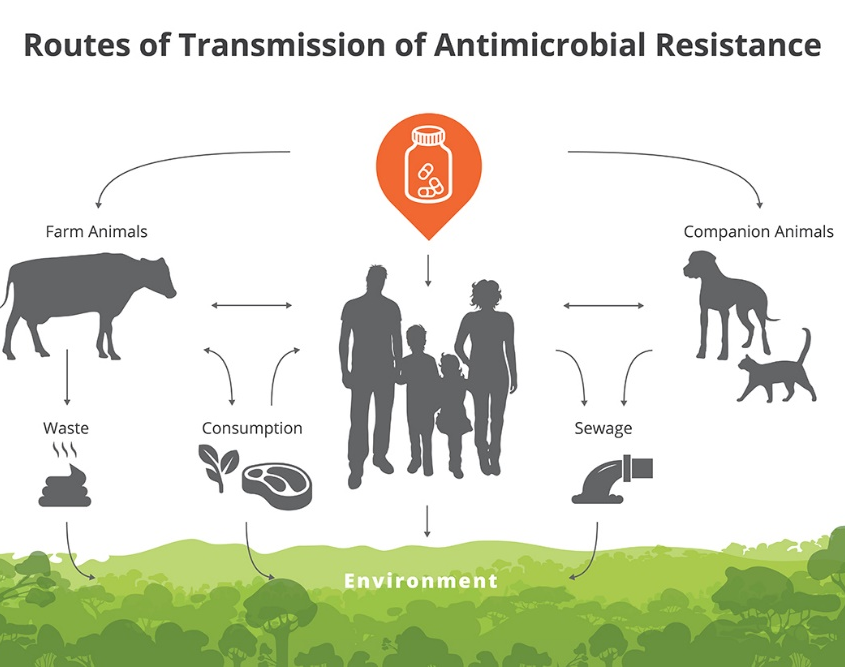 The massive use of antimicrobials is the major factor for the propagation of resistant microorganisms from animals to humans. Transmission of AMR from animals to humans and vice versa can take place through a variety of routes. Direct contact between animal and humans may be the major route of transmission. Resistant microorganisms as well as antimicrobial residues are spread in the environment from food-animal farming and production, mainly through manure. Food production is also another important route, for most infections related to enteric pathogens, such as Salmonella enterica [3].

Impact of AMR in public health

AMR is a serious challenge, in the EU and globally. AMR in livestock is a public health threat due to the risk of zoonotic transmission to humans and its negative consequences on animal health and welfare when diseases cannot be treated. It is estimated that AMR is responsible for about 33,000 deaths per year in the EU, costing the EU €1.5 billion per year in healthcare costs and productivity losses [4].

One Health is a multisectoral and transdisciplinary policy that recognizes the interconnection between humans, animals, plants and their shared environment. The One Health approach recognizes the link between human and animal health and that diseases are transmitted from humans to animals and vice versa. The term has been officially recognised as a validated, integrated and holistic approach by the World Health Organization (WHO), the Food and Agriculture Organization of the United Nations (FAO) and the World Organization for Animal Health (OIE) since 2010.  EU and United Nations adopted the 2016 United Nations Political Declaration on AMR, with the potential goals of achieving optimal health conditions through the human-animal-plant-environment interface [5].

In order to tackle the AMR problem and face local and global challenges, the European Commission adopted in June 2017 the EU One Health Action Plan against AMR, after the request of all Member States [4]. The 3 main pillar of the AMR Action Plan have been: 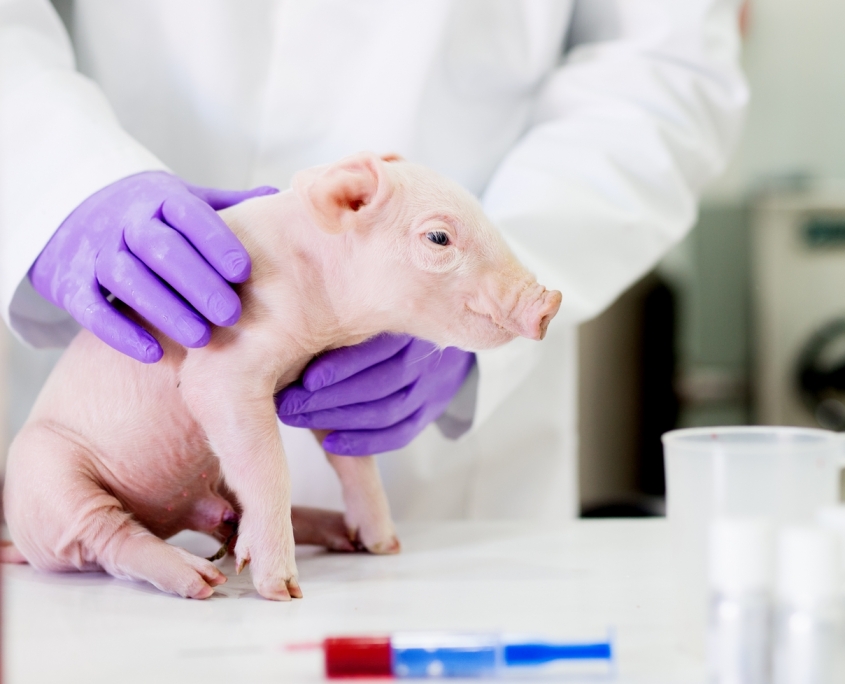 Since the implementation of the EU One Health Action Plan against AMR, the Commission has aligned the recent scientific and research updates with the relevant animal health legislation, targeting the enforcement of animal welfare to higher level.

How AVANT fights against AMR

Antimicrobial treatment options for pigs are increasingly limited because of planned restrictions in the use of colistin and zinc, two current choices for treatment of post-weaning diarrhoea. In response to the increasing outbreaks of AMR, the AVANT project has been funded through the 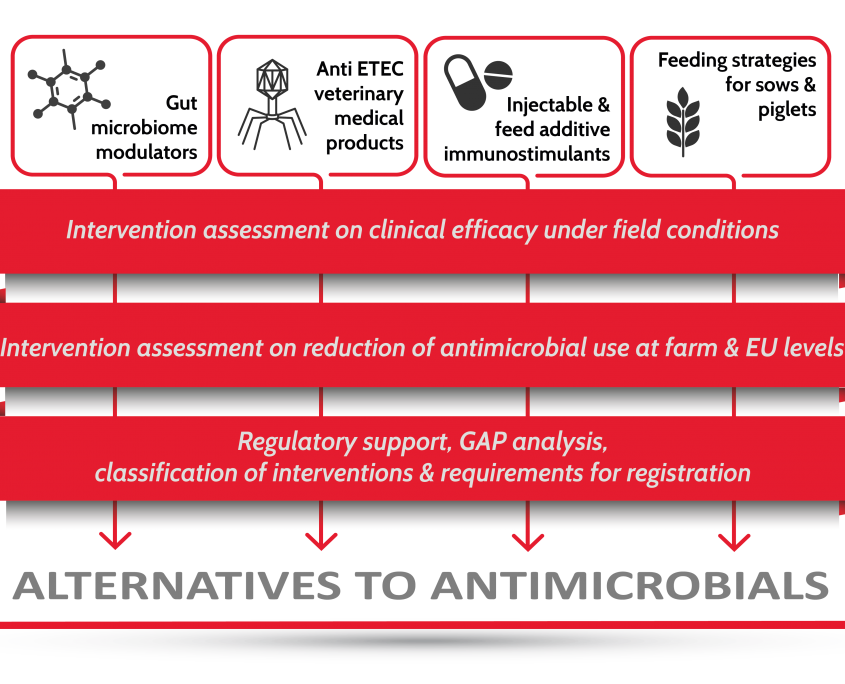 The AVANT project aims at developing alternatives to antimicrobials for the management of bacterial infections in pigs, especially diarrhoea during the weaning period, as the major indication for antimicrobial use in livestock in Europe. Click here to learn more about AVANT’s research plan.

To stay updated on the latest news about AMR and AVANT, follow us on social media.